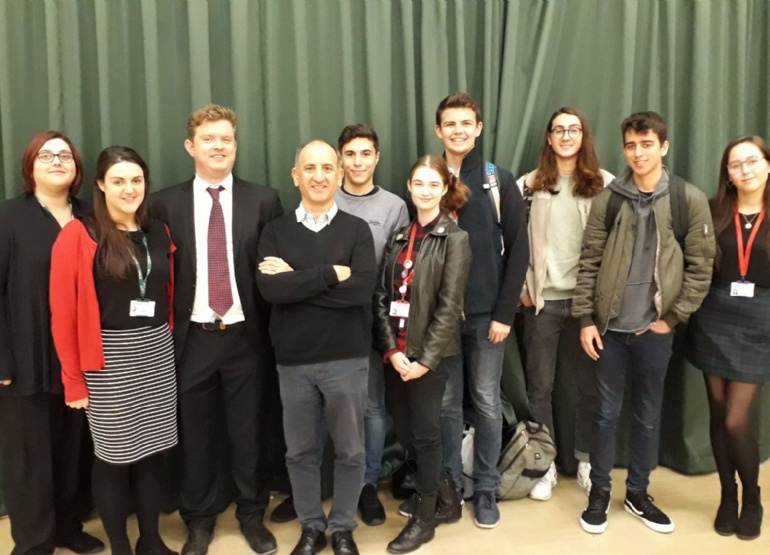 Highlands sixth form students found themselves in the thick of it on Monday 13th of November with a talk from Oscar nominated director and writer Armando Iannucci.

The author of hit comedies such as HBO’s Emmy award winning VEEP, The Thick of it and the Alan Partridge series was took part in a question and answer session with students of English, Government and Politics, Media and Economics. Mr Iannucci, whose film the Death of Stalin is currently in cinemas,  spoke to students about a wide variety of topics including history, script writing and politics. He said: “It was great fun and pretty stretching coming in to talk to the school. The questions came much more in depth and wide ranging than anything I’ve been at the receiving end of in the media. Inspiring.” The students at the school were delighted to have been given the opportunity by the charity speakers for schools, Head Girl Sophie Llewellin said: “It was exciting to meet someone who has done so many interesting things”.

Director of 6th form Miss Husseyin said: “The students got a lot out of the talk and the feedback we have had is fantastic. We are very grateful to Mr Iannucci for giving up his own time to come in to speak to the students and to Speakers for Schools for making it possible.”