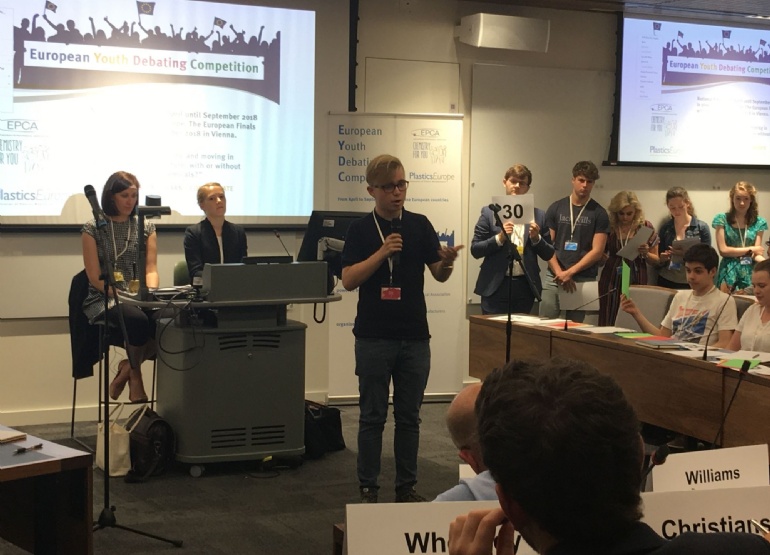 Henry Galano (13WLM) was chosen as one of the top three debaters at the UK Finals of the European Youth Debating Competition that took place on Monday 16th July 2018 at King’s College London. The topic for debate was “Living, learning, working and moving in Smart Cities of the future: with or without plastics and petrochemicals?”. He has won a trip to Vienna, Austria to take part in the European finals in October 2018. Well done Henry!