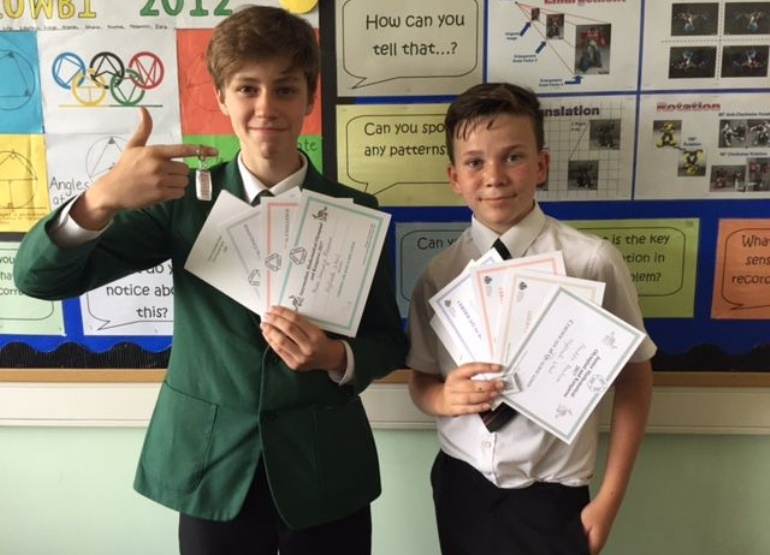 2017 was another successful year for Highlands pupils who took part in the UKMT Maths Challenges.

Pupils who achieve high scores in the Maths Challenge are invited to take part in the Kangaroos (the name is given in homage of the format devised by the Australian Mathematics Trust). The Kangaroos are taken by various pupils across Europe.

For the 5th consecutive year in a row, pupils from Highlands were invited to take part in this year's Kangaroos. These pupils were Niall Chandler and Tom Worrall of year 11, Marco Sanjurjo Pfitzmann of year 9 and Freddie Beacham of year 8 (the latter two pictured with their certificates and prizes). Tom became the first Highlands pupil to be invited on the Kangaroos on two occasions, having taken the Kangaroos last year. Marco finished in the top 30% of all pupils across Europe who were invited and Freddie became the first pupil in either year 7 or 8 to be invited to the Junior Kangaroo.

I look forward to more pupils having success in the Maths Challenge in 2018.