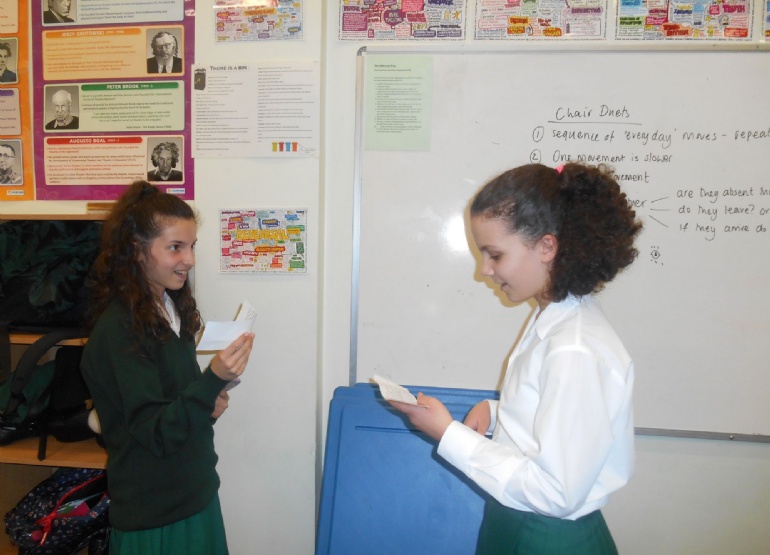 The pupils enjoyed celebrating Languages Week with a form time quiz, poster competitions, assemblies, theatre groups and cross-curricular Drama/Music and MFL lessons. During the week there were postcards, house points and prizes issued to the best languages week poster/poem/cultural piece of work from Year 7, 8 and 9.

Well done to all pupils who participated and especially to the winners!

Year 7 Cross curricular Drama, Music and MFL Lesson
The Year 7 thoroughly enjoyed their cross-curricular lesson on Drama and French/Spanish and also on Music and French/Spanish. Year 7 really made a lot of effort in their French and Spanish dialogues during the Drama lessons and also did some excellent singing of the French song "La Seine" and the Spanish song "Vivir mi vida" during their music lessons. Well done Year 7!